Marine operations against poaching in Lake Burera paying off 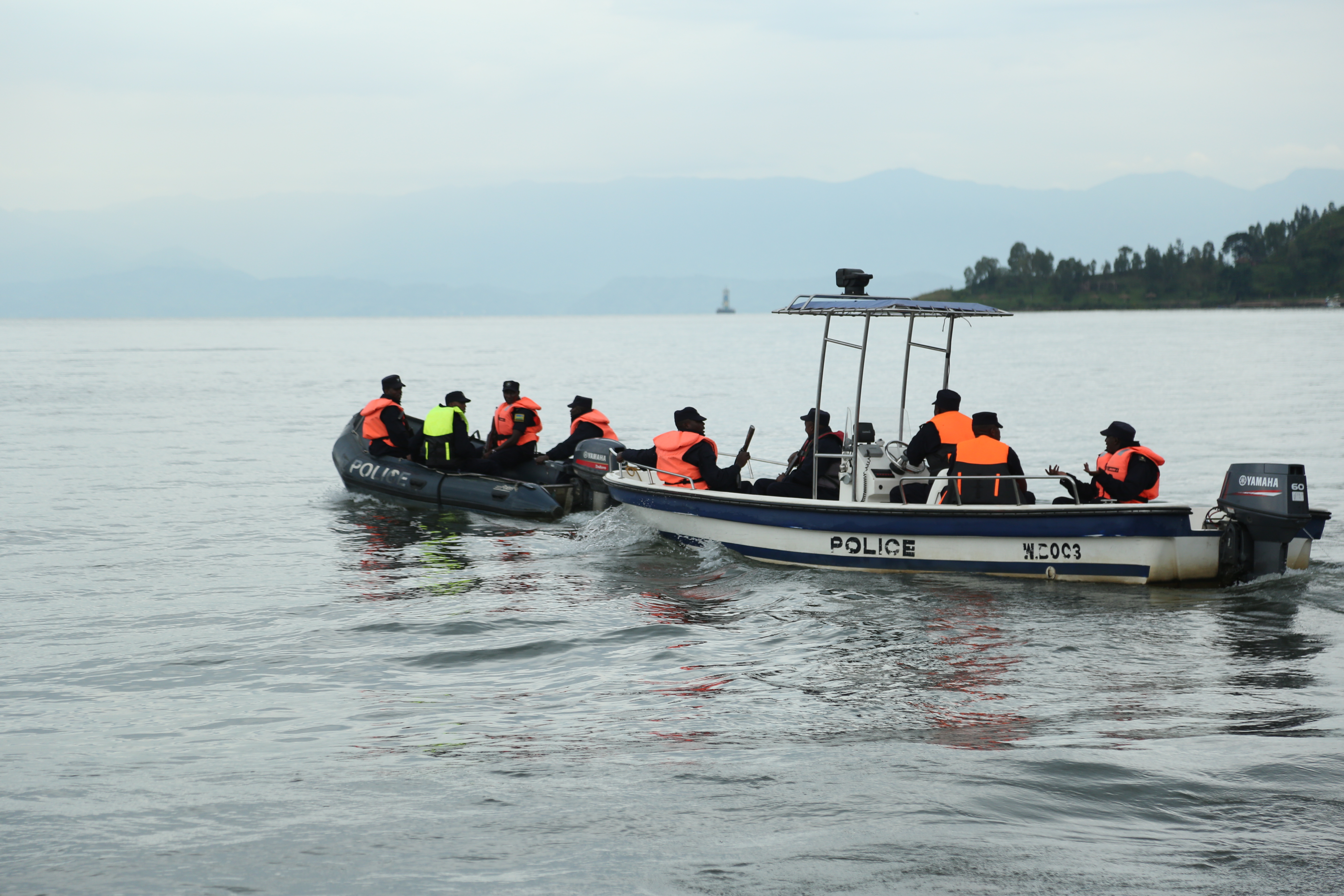 Strengthened joint operations by the Police Marine and fishing cooperatives in Lake Burera in the fight against poaching and other illegal activities in the water body, are paying off

According to Chief Inspector of Police (CIP) Antoine Nkurunziza, OC Police Marine in Burera, continuous operations have seen many poachers arrested, their boats and illicit or substandard fishing gears impounded.

The latest operation conducted on Monday seized two illicit fishing gears made out of sleeping mosquito nets, with each over 40 metres long as well as the boat that was being used by the poachers.

Owners or people who were using these boats were also arrested," said CIP Nkurunziz

Most illicit fishing gears impounded over the same period, he said, are made out of sleeping mosquito nets and kaningini, which catch and kill even the young fish.

"Due to increased operations, poaching has tremendously reduced in Lake Burera; fishing cooperatives are also playing a big part in operations to identity and report individuals involved and areas from where they are operating, in most cases at night," he added.

It is said that poachers buy mosquito nets from families that benefited from the government programme in the fight against malaria caused by mosquitos.

Police marine operations conducted in late May in Lake Kivu seized 27 substandard and illicit rolls of fishing nets from poachers. This came less than a month after other 17 poachers were arrested in the same lake.

CIP Nkurunziza warned communities residing near Lake Burera against illegal activities in the water body, and called for partnership in information sharing on anyone conducting illegal acts in the Lake.

"The operations are part of the intensified fight against illegal fighting in water bodies across the country," he said.

The law N°58/2008 of 10/09/2008 determining the organization and management of aquaculture and fishing in Rwanda provides that the right to fishing in public waters is only granted by a competent authority, which issues fishing licence.

Any person, who engages in fishing activities without authorisation shall be liable to a fine ranging from Rwf50, 000 to Rwf200, 000 and an imprisonment of 3 to 6 months or one of them and dispossession of the equipment used.