The Deputy Inspector General of Police (DIGP) in charge of Administration and Personnel, Juvenal Marizamunda, yesterday, received 150 arms steel boxes that were given to Rwanda National Police (RNP) by Regional Centre on Small Arms (RESCA).

While receiving the heavy and hard sealed guns storage boxes, the DIGP Marizamunda hailed the existing partnership between RNP and RECSA.

He said that the cases will be dispersed to remote police stations to ensure secure and proper management of arms stockpiles.

“We all know that stockpile security, storage and secure management of small arms and ammunitions is paramount in curbing small arms proliferation and misuse,” DIGP Marizamunda said.

The Deputy Police Chief commended RESCA’s initiative of providing steel arms boxes to member states for mobile and small police units, which he observed that it seeks to improve safe storage of stockpiles more especially in remote areas; enhance the curbing of diversion and proliferation of small arms and light weapons; improve weapon management; and ensure proper accountability of fire arms.

“We are confident that the steel boxes will be helpful in ensuring effective physical protection of arms and other related materials as well as management and control,” he said.

Also, the Deputy Police Chief received a modified mobile armoury offered by British Peace Support Team (BPST) that will be based at Police Training School (PTS) Gishari in Rwamagana District.

The armoury which will be used for safe storage for arms and other related materials will also serve as a training facility for officers undertaking different policing skill trained at the school.

Speaking during the handover of the two consignments, RECSA Executive Secretary Théoneste Mutsindashyaka also said that it is important to store and manage the stockpile to prevent any security challenges that might arise out of mismanagement of arms and light weapons.

So far, all guns and ammunitions owned by the state are marked and well managed, according to Mutsindashyaka.

Colonel Richard Leakey, the Commander of British Peace Support Team said that it is another testimony of the close relationship between BPST and RNP and pledged continued partnership in capacity building in arms use and management. 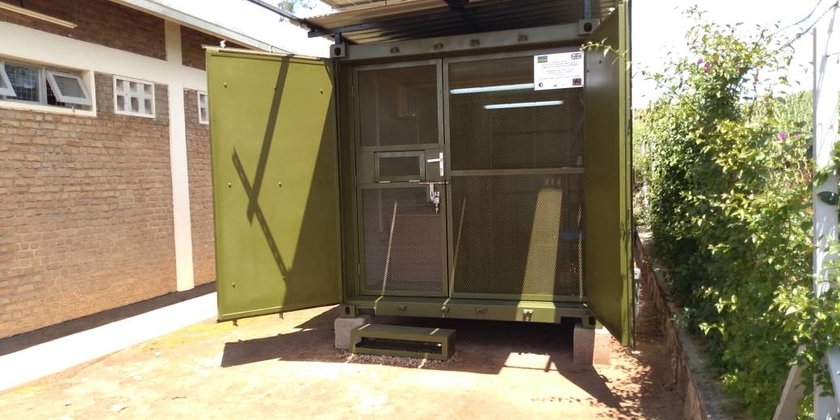 RNP and BPST have previously partnered in trainings on arms and ammunition accountability management, specifically for uniformed personnel managing armouries.

In a related development, RECSA, earlier in the day, also handed over 48 Gun Racks Rwanda Defense Forces (RDF). The Gun Rackets have the capacity to store close to 2000 guns.