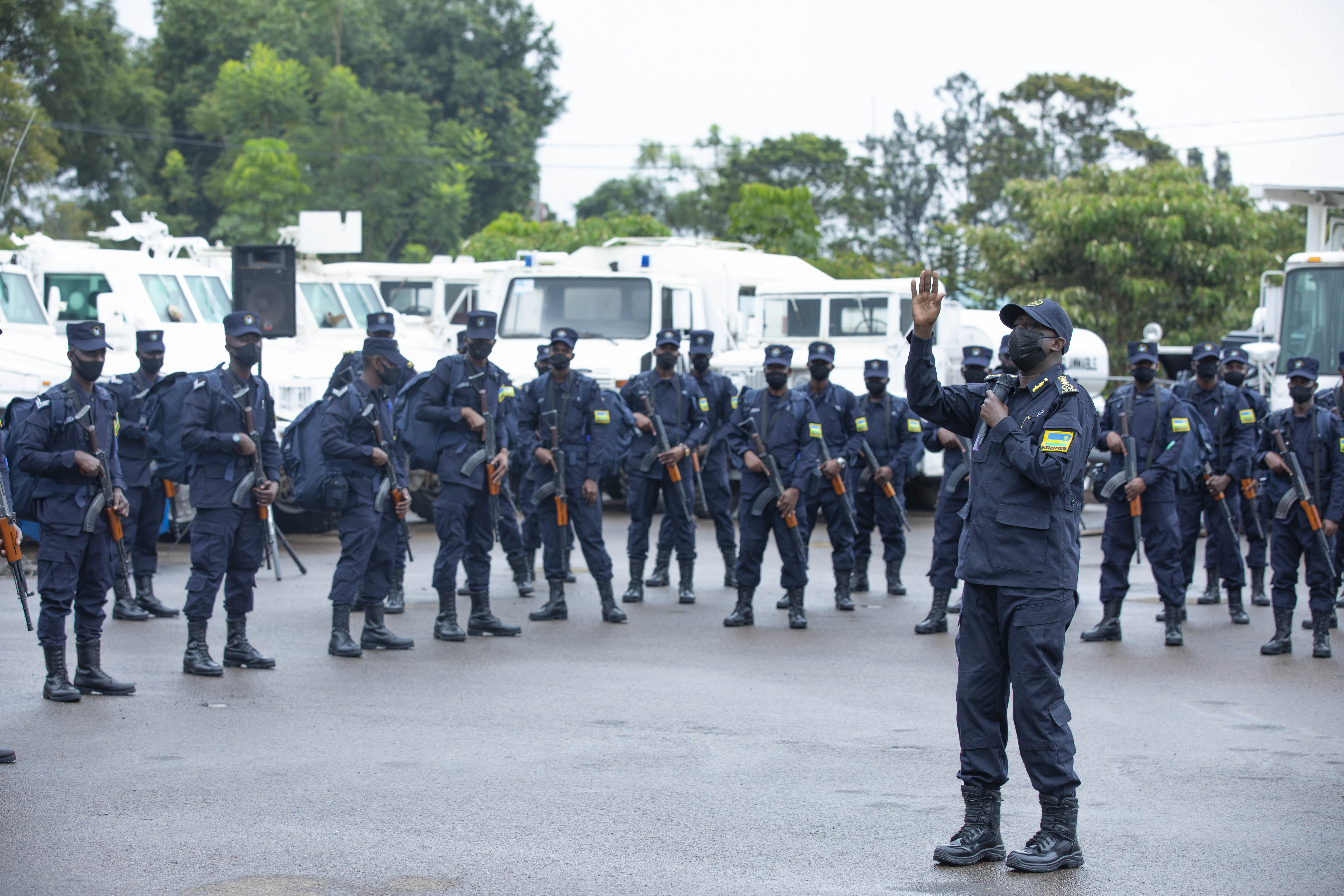 DIGP Felix NAMUHORANYE challenged them to be defined by the Rwandan and RNP values.

The Deputy Inspector General of Police (DIGP) in charge of Operations, Felix Namuhoranye has told Police officers set to be deployed for a peacekeeping mission in Central African Republic (CAR) that Rwanda's image and ambassadorial duty should take precedence in the execution of their mandate.

DIGP Namuhoranye made the call on Friday, May 14, while briefing 140 officers of the Protection Support Unit (PSU-1) contingent to be deployed under the rotation arrangement in the UN Multidimentional Integration Stabilization Mission in CAR (MINUSCA).

This will be the sixth rotation of the Rwanda PSU since the first contingent was deployed in CAR in 2016.

The unit is largely charged with the security of top government officials including the Prime Minister, and other local and international VIPs.

"Whatever you will be doing it will be in the name of your country and your actions should define Rwanda's good image and peacekeeping reputation," DIGP Namuhoranye said.

He added: "You are 140 ambassadors, always remember what you stand for; you represent Rwanda and Rwandans, we expect you to come back with the reputation like those you are replacing or previous contingents."

The recognized police officers are part of the PSU contingent that will be replaced.

The Deputy Police Chief challenged them to be defined by the Rwandan and RNP values.

"Be polite, professional, work and support each other as a team with self esteem. You are going to a country with different tradition and culture which should be respected," he said.

The PSU is one of the three Rwanda Police contingents deployed under MINUSCA.