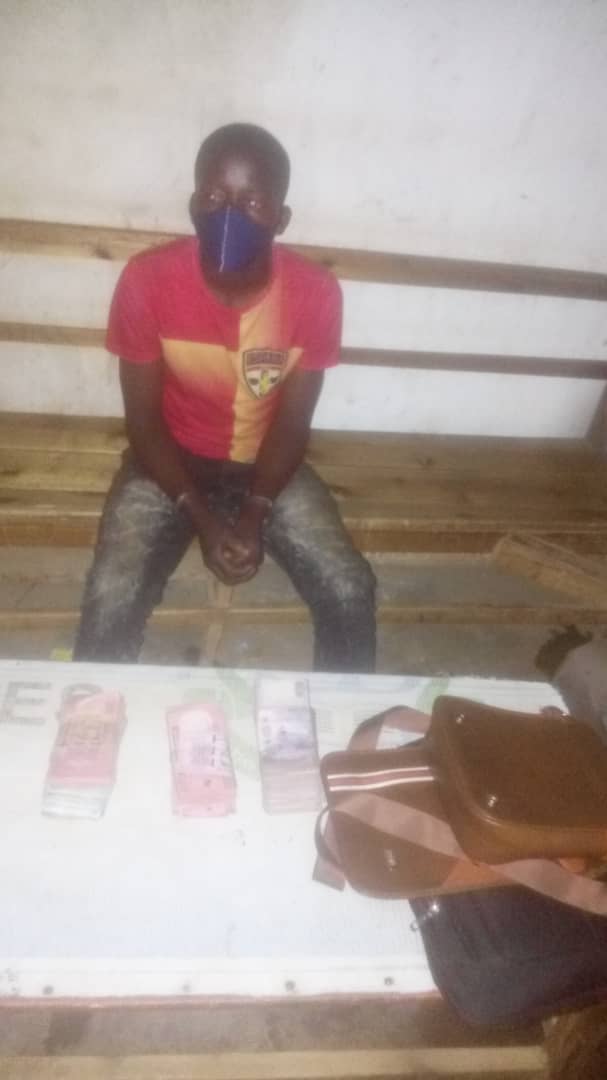 Pacifique Tuyisingize who was apprehended with the stolen money

Rwanda National Police (RNP), on Saturday, June 12, recovered over Frw2.4 million, which was stolen from the vehicle in Gicumbi District.

The money was recovered from the prime suspect identified as Pacifique Tuyisenge, 20, who was located and arrested later the same day in Gatete Village, Kamushenye Cell, Kisaro Sector in Rulindo District.

Tuyisenge, a turnboy for one of the brewery depot vehicles in Gicumbi, allegedly stole the money from the truck at about 7pm as the driver was supplying drinks to customers in Gicumbi town.

Superintendent of Police (SP) Jean Bosco Minani, the District Police Commander (DPC) for the Gicumbi, said that following the alleged theft, the victim reported to the Police and the search for the suspect was immediately commenced.

"With Tuyisenge named as the prime suspect, the search for him was commenced swiftly. We later established that he had fled to Rulindo District where he was located and arrested at about 11pm in Gatete Village, Kamushenye Cell in Kisaro Sector. Police also managed to recover all the  Frw2,477,000 from him and returned it to the rightful owner," SP Minani said.

Bonifrida Mupenzi, the victim, thanked the Police for the quick response to recover all his money.

"I reported the theft to the Police at about 7pm. Although I hope that the suspect would be traced and arrested, I had no hope that all the money would be recovered. To my surprise, Police called me at about 11pm that they had the suspect in custody and all my money had been recovered. Such swift response makes us and our businesses safe," Mupenzi said.

Tuyisenge was handed over to RIB at Byumba Police station for further investigation.