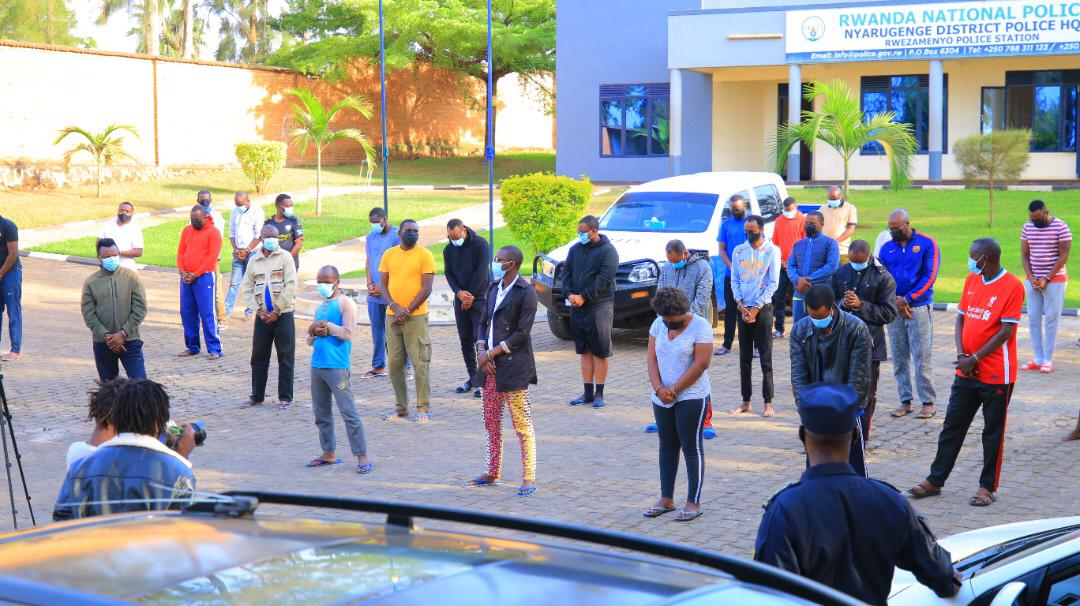 Just four days after Rwanda National Police (RNP) paraded 16 people, who were arrested either driving or riding while drunk and violating the curfew, 41 others have been arrested for similar violations.

While parading the new batch of violators on Sunday, June 13, at Kigali Metropolitan Headquarters in Remera, Gasabo District, RNP spokesperson CP John Bosco Kabera said that all the 41 were arrested in City of Kigali.

“They were arrested between June 9, and June 12… all of them were driving while drunk, which is another serious traffic offence causing fatal accidents,” CP Kabera said.

Since the beginning of this year, 223 road accidents resulting from drunk driving have been recorded across the country, leading to 69 fatalities and 400 serious injuries.

Over 1,200 people have also been arrested for drunk driving since the beginning of this year.

Some of the arrested violators, while speaking to the media, claimed that although they took alcoholic beverages, they were not drunk.

“I was riding a motorcycle when I was stopped by the Police in Kimisagara (Nyarugenge District) in the night of June 12, they measured my alcoholic content level with a breathelyzer and told me it was 2.44,” said Ernest Nshimiyimana, one of the suspects.

The maximum alcoholic content for one to drive or ride in Rwanda is 0.08.

Laurien Kayijuka also said he was arrested in Kicukiro District after Police officers found his alcoholic content level at 2.01.

CP Kabera warned that no one is allowed to drive or ride a motorcycle when they drink.
With some motorists refusing to be tested for drunkenness or to determine the level of their alcoholic content, CP Kabera said that they will equally be arrested.

“These people caught driving while drunk do it well knowing that it is prohibited because they all have driver’s license and they understand traffic regulations,” CP Kabera said.

“Before the outbreak of the Covid-19 pandemic, we had enough time to sensitize all Rwandans during Gerayo Amahoro campaign on safer road usage and drunk-driving is one of the serious offences that we tackled. Under no circumstances is driving after drinking is allowed.”