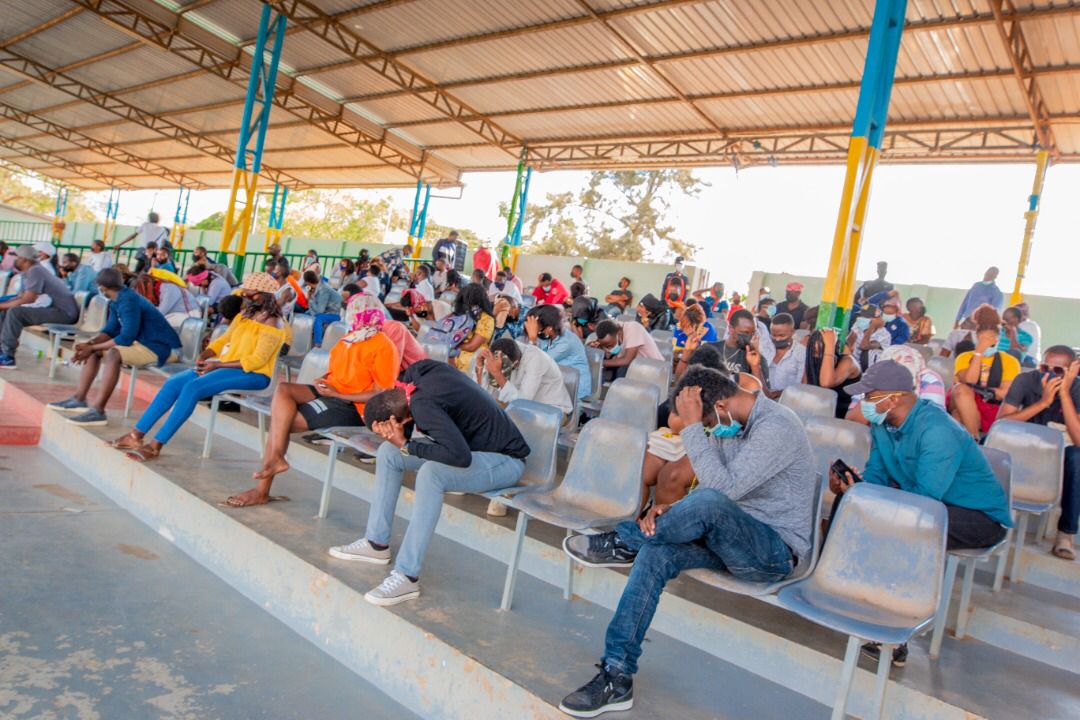 At least 113 people were arrested on Saturday in Kicukiro District where they were found in varied social activities, contrary to the national directives against the spread of Covid-19.

Other 35 people were found at Plan B bar located in Nyakabanda, Niboye Sector. The bar was operating without authorization.

For any bar to resume its business, it must be inspected and authorized after fulfilling all the Covid-19 prevention requirements. 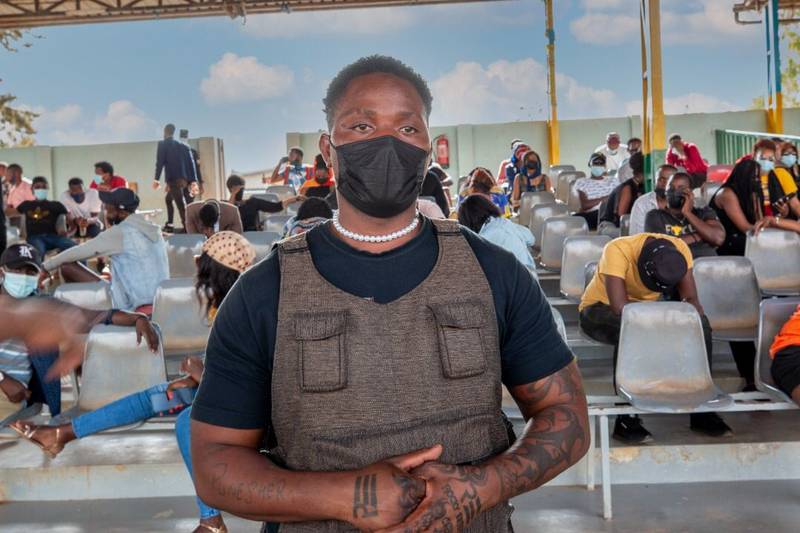 All the violators were paraded to the media on Sunday, October 10, at Kicukiro stadium.

One of the violators only identified as Hamisi, said that he was at the time charged with the security of Papa Cyangwe.

"Police found us at about 1am at the apartment where the video was being shot. Unfortunately, the artiste had no permission, this number of people was big and no one tested for Covid-19 prior," said Hamisi.

To Nkotanyi, who was shooting the video, this has taught him a lesson.

"I did not complete the shooting, I spent a night here in the stadium and I have to pay fines for the violation. This will never happen to me again," said Nkotanyi 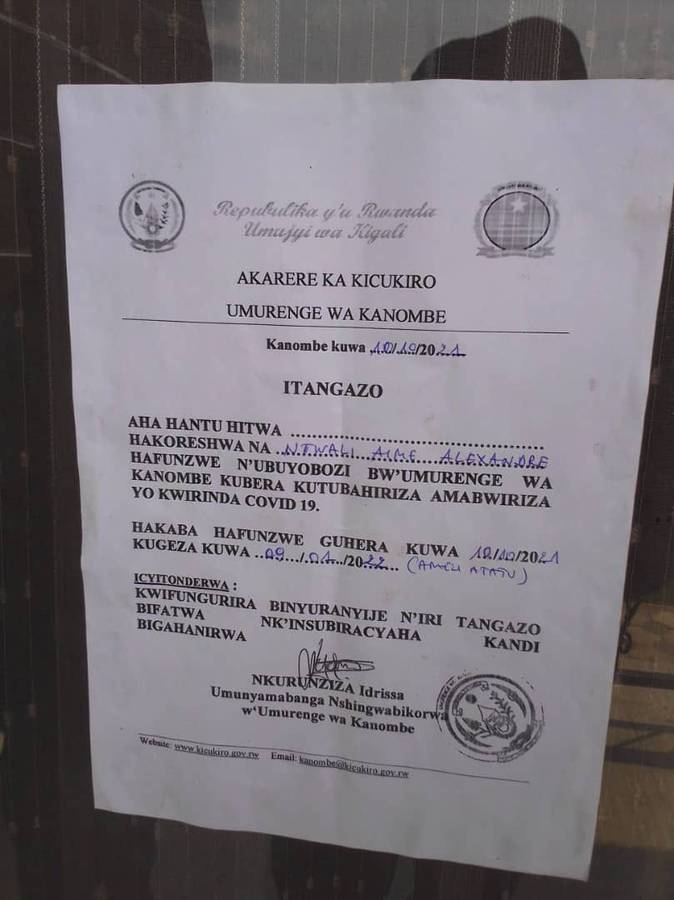 "Both hospitality establishments were operating illegally and had violated the Covid-19 prevention directives. Alexamdria Villa Apartment had been turned into a bar, which was operation without prior inspection and authotization by the responsible entity. Again, they undermined the authority because they locked themselves inside and officers spent the whole night outside until they opened in the morning," CP Kabera said.

"Equally, Plan B bar was operating without any prior inspection and authorization. The inspection is meant to ensure that the bar is well prepared to receive customers in compliance with the national Covid-19 prevention directives."

Authorities have since closed the two hospitality establishments for at least three months, penalized owners.

Their customers were also subjected to Covid-19 test and handed administrative fines. 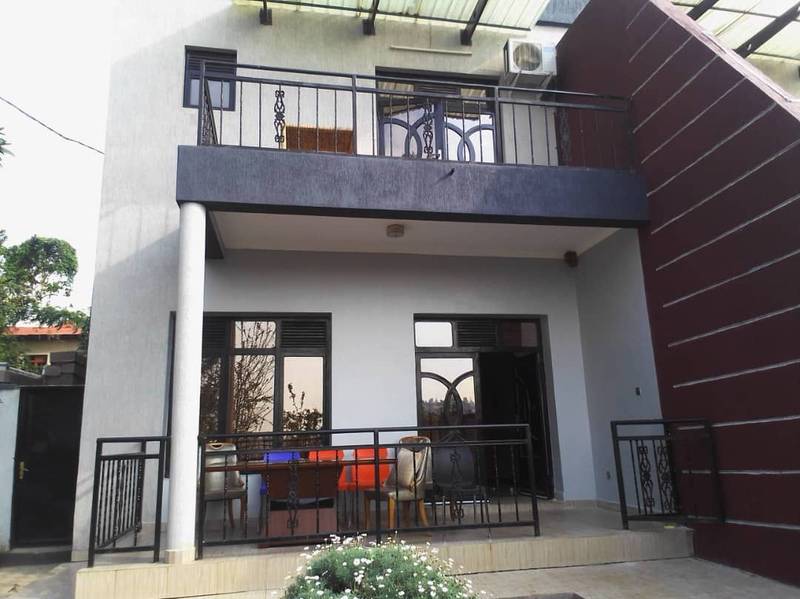