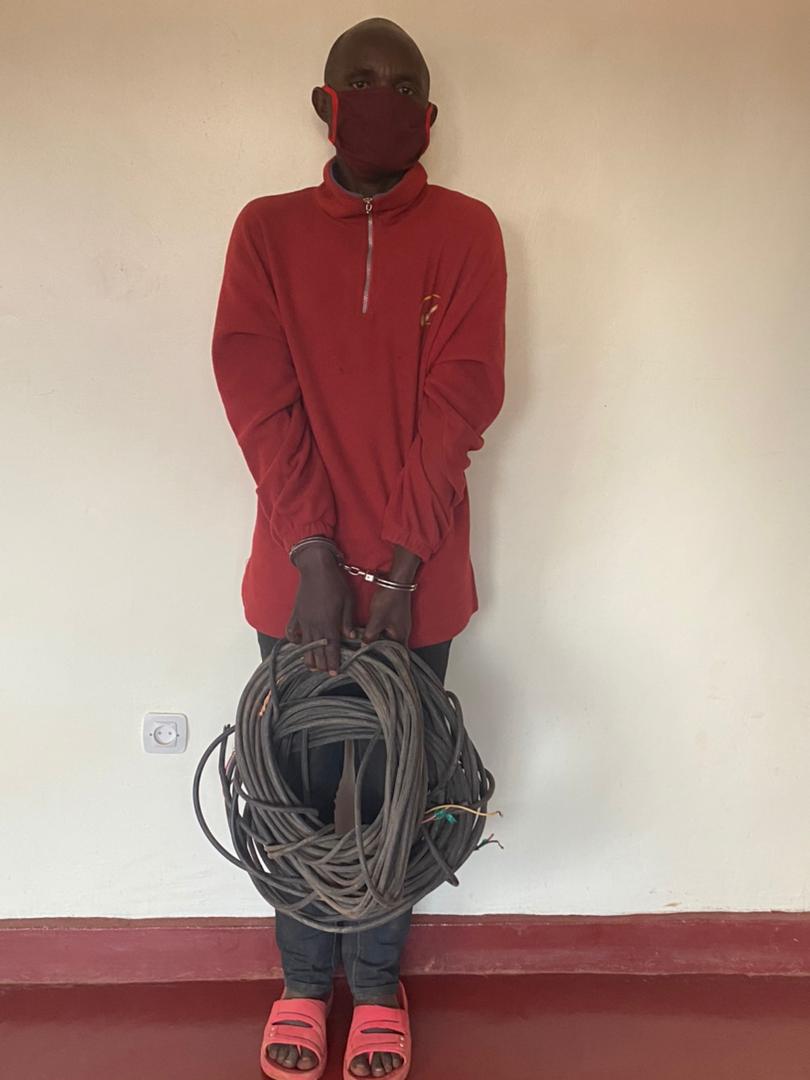 A man identified as Jean d'Armour Misigaro, 40, was arrested on Tuesday, October 12, in Kirehe District for allegedly vandalizing electricity connection leading to power outage in different villages of the district.

Chief Inspector of Police (CIP) Hamdun Twizeyimana, the Police spokesperson for the Eastern region, said that information was provided by the affected residents, whose power lines connecting their homes were cut and cables stolen.

"There was power outage in the villages of Rurama and Rubira in Nyakagezi cell in the night of Octover 9th and 10th. When REG came to restore electricity, they realized that the main cable from the transformer had been cut and stolen. The cable was replaced and power restored," CIP Twizeyimana said.

However, investigation were commended to identify and arrest those behind the vandalism of public infrastructure.

"Most residents pointed at Misigaro and the prime suspect. Indeed, when Police officers conducted a search at his house in the morning of October 12, they recovered a cable of about 40 metres long, and he was taken into custody," CIP Twizeyimana further said.

This is the second time that Misigaro has been implicated in similar criminal activities this month.

He was handed over to RIB at Gatore station for further investigations and legal process.

Article 182 of the law relating to offences and penalties in general states that “any person, who maliciously demolishes or damages in any way, in whole or in part of construction, building, bridge, dams, water pipes and their routes, railway rails or any other means of communication or electric power infrastructure, wells or any other constructions, which do not belong to him/her, commits an offence."