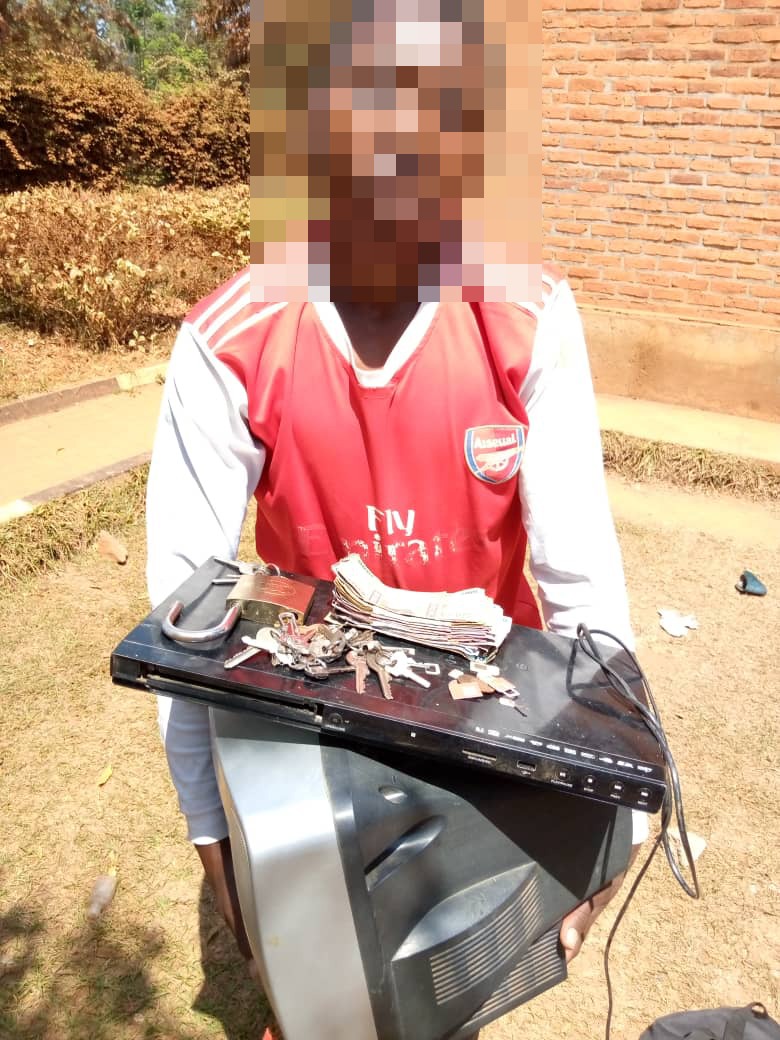 Police in Bugesera District, on Sunday, July 3, recovered money and assorted electronics, which were stolen from a resident in Gashora Cell of Gashora Sector.

Jean De la Croix Rukundo, 24, was arrested in Nyamata bus-park with a television screen, decoder and other accessories as well as money amounting to Frw96,000, which he allegedly stole from his employer, Jean Damascene Rugumire of Gashora, where he was working as a house-help, since last year.

The Police spokesperson for the Eastern region, Superintendent of Police (SP) Hamdun Twizeyimana said the suspect was reported by suspicious people at the bus park in Nyamata town.

"People at the bus park got suspicious and called the Police when they saw Rukundo with a TV screen, decoder and other accessories, which they suspected to be stolen," SP Twizeyimana said.

He added: "After his arrest, Rukundo revealed that he stole them from the home of one Jean Damascene Rugumire of Gashora, where he was working.

The victim was informed but he (Rugumire) also disclosed that the suspect had also stolen money amounting to Frw96,000, which was also recovered from Rukundo."

Rukundo was handed over to RIB at Nyamata station for further investigations.

SP Twizeyimana thanked the people, who provided information leading to the arrest of the suspect and recovery of stolen items.

“Quick sharing of information when a crime is committed or reporting anything suspicious helps in timely response and recovery of stolen items as well as arrest of suspects," he advised.