Cyclists are among the majority victims and cause of road fatalities. Out of 729 fatalities recorded last year, 193 of them were caused or involved cyclists.

In an effort to reverse the trend, Rwanda National Police (RNP), on Wednesday, January 18, rolled out a countrywide campaign targeting commercial cyclists across the country to educate them on safer road usage.

In the next two weeks, the RNP and partners will engage commercial cyclists in their associations as part of the ongoing Gerayo Amahoro road safety campaign.

The continuous campaign seeks to drive change from abiding traffic rules and regulations because it's a law, to making right choices and eventually a culture.

The RNP spokesperson, Commissioner of Police (CP) John Bosco Kabera, while addressing hundreds of cyclists at Kimisagara Youth Centre in Nyarugenge District, told them that they are also bound by traffic rules and regulations.

"The recklessness of commercial cyclists on road pose a big threat to road security and many of your colleagues have lost lives, others are nursing lifetime injuries because of bad choices.

The 193 lives of cyclists and others, were lost because of how you behave on road. These are preventable accidents, if cyclists change their behaviors on road, prioritize safety while using the road," CP Kabera said. 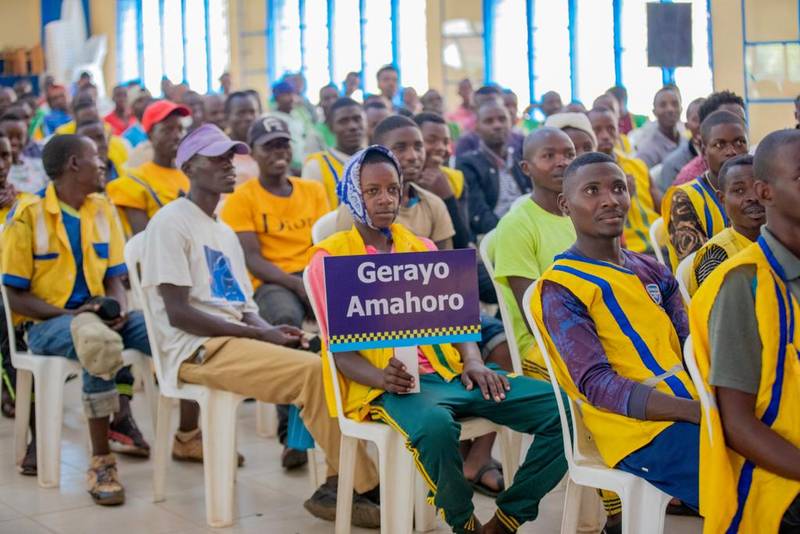 Every right of road users, he added, must be respected and reminded the cyclists to observe all rules and instructions that guide their transport operations.

Among the rules, commercial cyclists are required to operate not beyond 6pm. This is partly because accidents involving cyclists tend to be high during evening hours.

Assistant Commissioner of Police (ACP) Gerald Mpayimana, the commissioner for Traffic and Road Safety department, said that accidents involving cyclists result from those, who hitch a ride by holding onto moving vehicles, parking in prohibited and dangerous places as well as taking wrong directions where they are knocked by vehicles.

Others, he said, result from overloading, riding at night, riding while drunk or under the influence of drugs.

ACP Mpayimana also mentioned theft, transporting drug dealers or their narcotics, and assault as some of the criminal acts cyclists indulge in.

"There are some cases where cyclists steal from their passengers and in the process of escaping they cause accidents and sometimes lose lives," ACP Mpayimana said.

Jean Marie Vianney Uzabakiriho, who heads commercial cyclists in City of Kigali, believes that the campaign will impact change and influence positive behaviors.

He said that as a group of road users engaged in transportation without prior knowledge of road safety rules, Gerayo Amahoro campaign will enlighten them on how safe to use the road.

To Emmanuel Bigirimana, a commercial cyclists for at least 13 years, he says that respecting traffic rules and regulations has kept him safe over the years, to provide for his family.

"I am not immune to accidents but I am responsible for my life and I take that into account everyday when I leave home in the morning going to work.

I have witnessed my colleagues, who have lost their lives because they were drunk, grabbing on moving trucks and riding carelessly through vehicles. Gerayo Amahoro campaign will, therefore, drive us into that appropriate thinking of being custodians of our lives on road by making right choices and turning it into a culture," said Bigirimana. 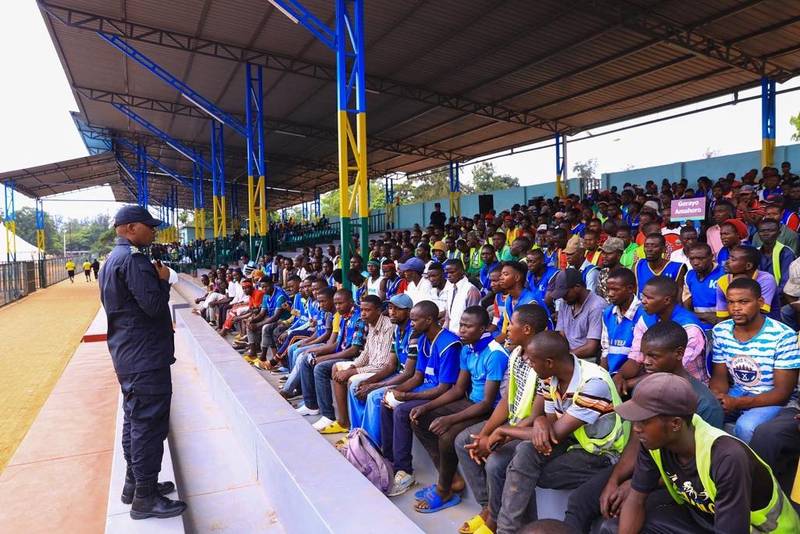 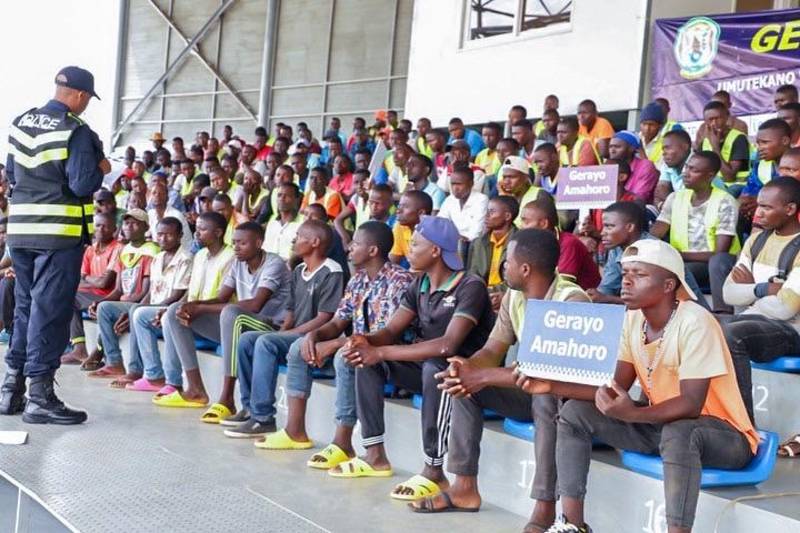 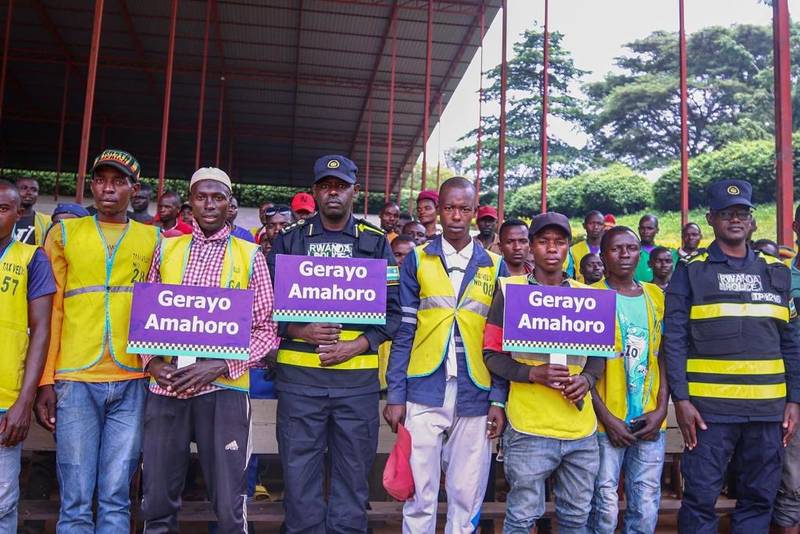 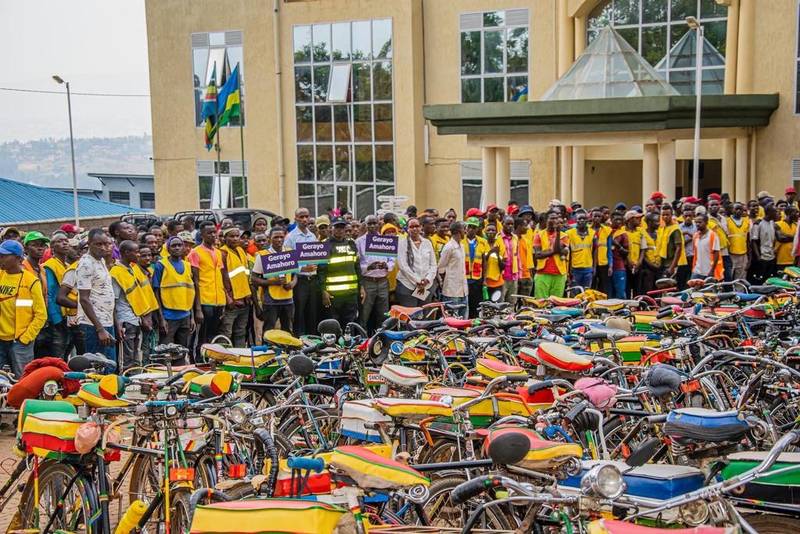