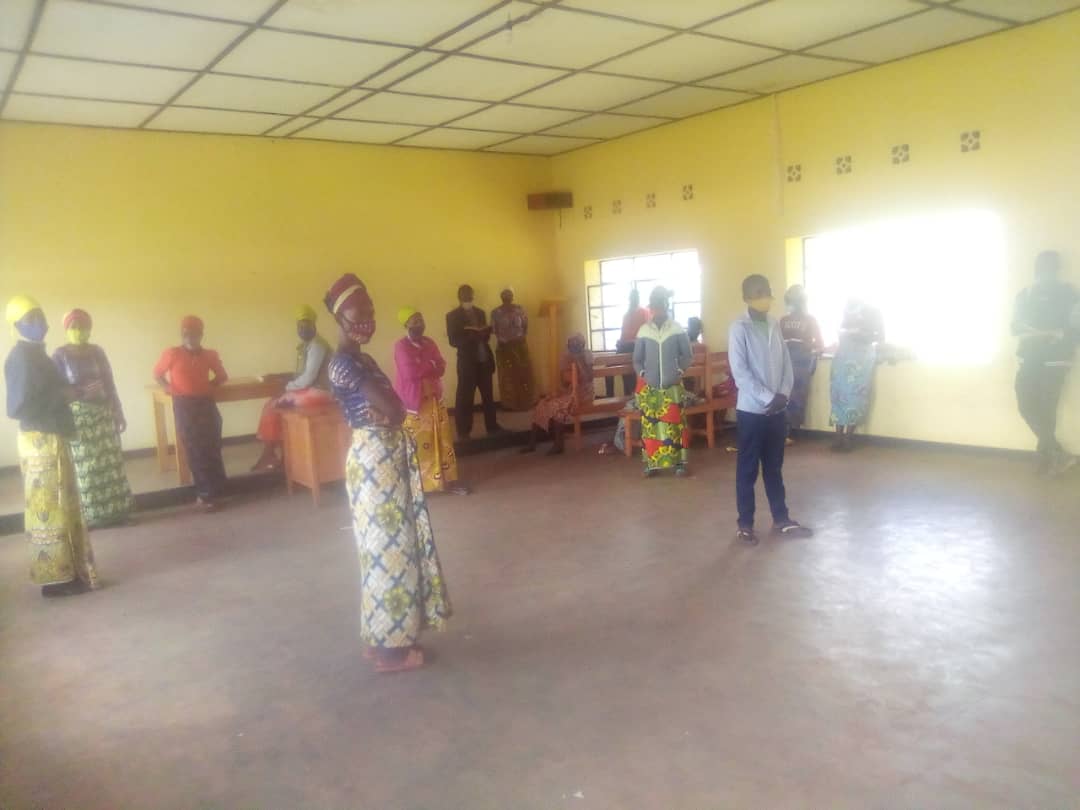 Twenty people were arrested on Tuesday, April 27, in Mukura Sector of Huye District for flouting government directives meant to prevent further spread of the COVID-19 pandemic.

The violators were arrested in operations conducted by Rwanda National Police (RNP) and local leaders.

They were caught at the home of one Christine Vuguziga, 52, located in Nyamata Village, Rango Cell where they were gathered conducting a religious service.

The host of the service, Christine Vuguziga, a Catholic regretted the wrong doing and asked for forgiveness.

"My child got sick; so together with my daughter, who is affiliated to ADEPR church, we decided to invite christians from different churches to pray for my child. We were few when we started the service at 9pm on Monday, but the number increased to 20 and it became impossible for me to turn them away," said Vuguziga.

Among them, two came from Gishamvu, three from Tumba while others hail from Mukura Sector.

"Police found us praying at about 1am. I apologize for flouting the government safety guidelines," said Vuguziga

"Police received information about a big gathering at the home of Vuguziga for an overnight service.

Police officers, who were deployed in response to the call, found the group at about 1am, congested in a small living room and with no masks," SP Kanamugire said.

He warned believers against disregarding the health guidelines.

"Religious services are only allowed in churches, which were allowed to resume. If someone is sick, go to health facilities instead of putting people in danger," he advised.

The group was taken to Mukura sector where they were educated on health measures and handed administrative fines for the violations.