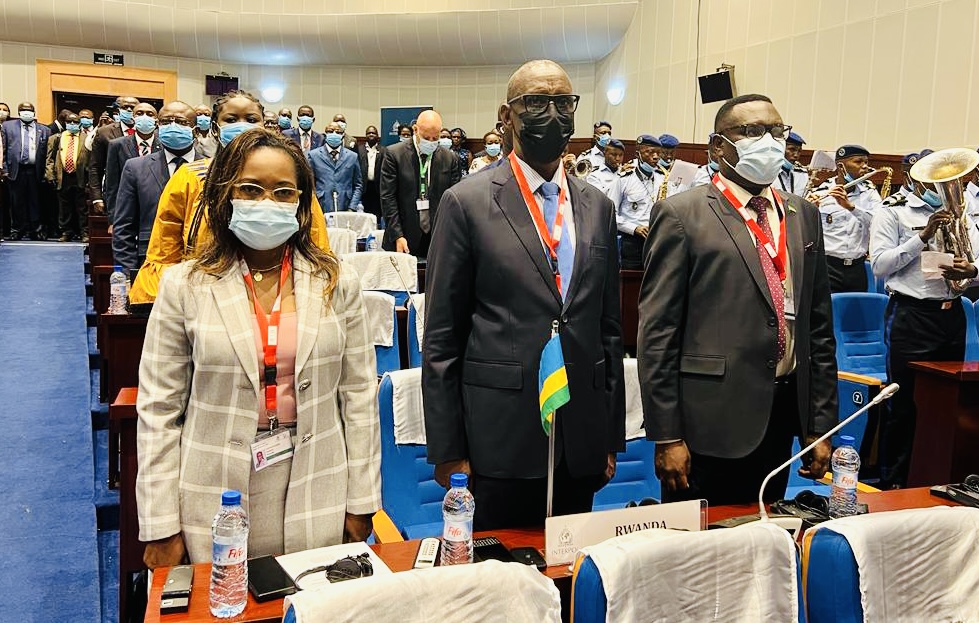 The Inspector General of Police (IGP) Dan Munyuza and the Deputy Secretary General for Rwanda Investigation Bureau (RIB), Isabelle Kalihangabo are in Cotonou, Benin where they are attending the Interpol 25th African Regional Conference, which started on Tuesday, June 28.

The three-day conference is one of Interpol's regional events that brings together senior officials from member countries to discuss, exchange ideas and make decisions related to advancing law enforcement actions in fighting organized and transnational crimes on the continent.

It was officially opened by Minister of Interior and Public Security of Benin, Alassane Seidou.

Top on the agenda are regional challenges in the fight against crime in Africa with emphasis on organized and emerging crimes such as terrorism and cybercrime.

Law enforcement agencies on the African continent will also discuss ways to increase coordination among member countries, Interpol and other partners in enhancing policing capabilities; and the contribution by the international police towards the implementation of the African Union agenda 2063 as well as supporting the African Union Mechanism for Police Cooperation (AFRIPOL) .

The AFRIPOL was established as a technical institution of the African Union (AU) for police cooperation among Member States against security threats on the continent.