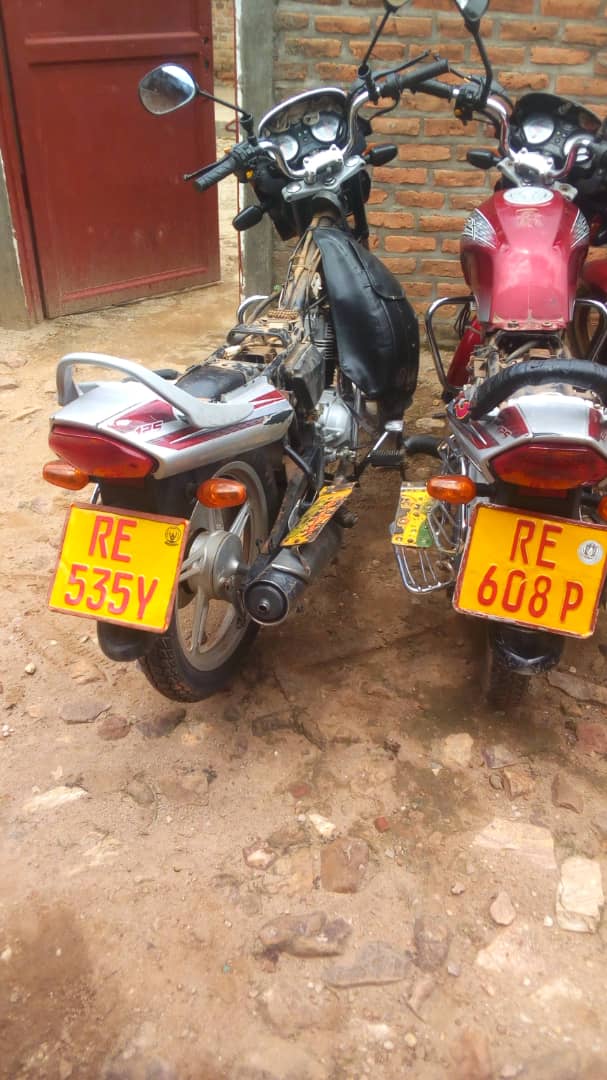 A man identified as Jean Claude Nsengiyumva, 24, was on March 31, arrested in Kamuhanda trading centre in Runda Sector, Kamonyi District disassembling a motorcycle said to have been stolen.

The Southern region Police spokesperson, Superintendent of Police (SP) Theobald Kanamugire said Nsengiyumva was reported by a member of the local night patrol-Irondo.

"A member of Irondo in Kamuhanda trading centre, while on duty at about 9pm, got suspicious after he saw two people disassembling a new motorcycle plate number RE 535Y, putting some spares parts in an old motorcycle RE 608P," SP Kanamugire said.

He added: "When he approached them to inquire, they tried to bribe him so as to prevent him from calling the Police.

The Irondo member later called the Police after making them believe that he had agreed to the deal. Nsengiyumva was arrested red handed although two fellow culprits managed to flee."

Nsengiyumva, who was handed over to RIB for alongside the exhibits for further management, said the two escapees are from Kigali and had hired him to disassemble the motorcycle.

"We are still searching for the rightful owner of the motorcycle. It could have been stolen from somewhere else and brought to Runda where it was being disassembled and probably to be sold is spare parts," the spokesperson said.

He commended the role of community policing including neighbourhood watch and community night patrol in identifying, fighting and preventing crimes.