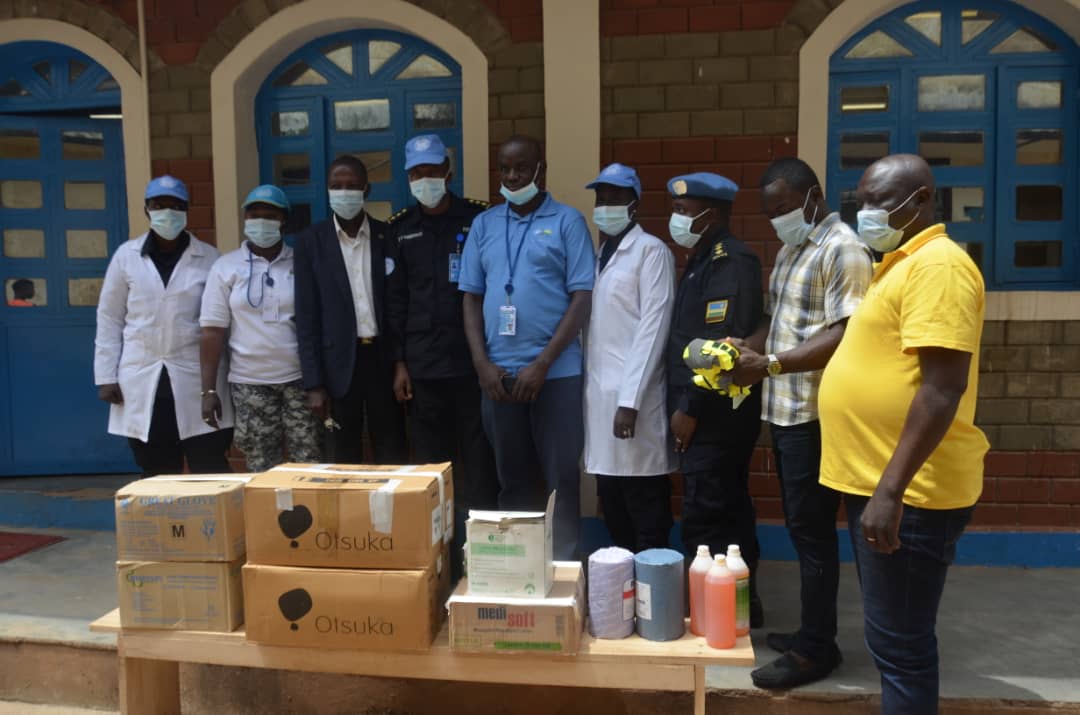 Ngaragba prison has a population of more than 1,200 inmates, who include former Seleka and Anti-Baraka militias.

The Rwandan medical unit also provided assorted medical supplies to the prison clinic as well as Personal Protective Equipment (PPE) including hand sanitizers and facemasks to support the clinic in the efforts against Covid-19 in the prison. 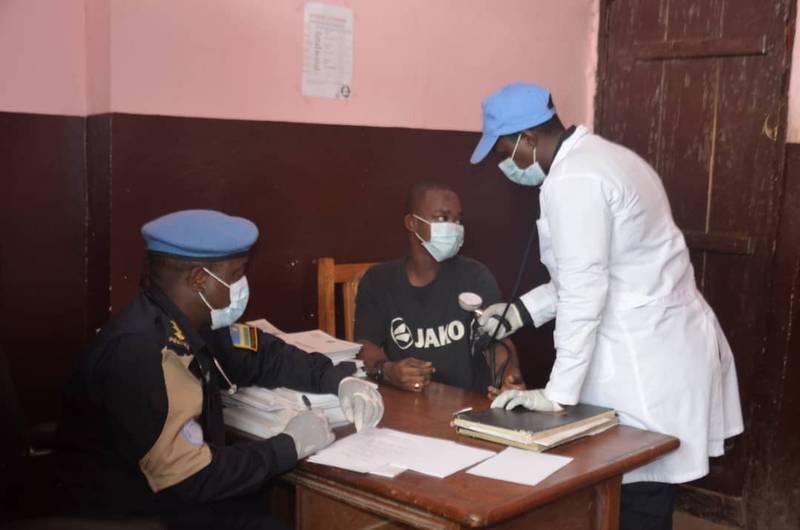 The inmates, who were also provided with facemasks each, were urged to always follow the Covid-19 prevention guidelines to be safe from the pandemic.

"Public safety cannot be achieved without hygiene and healthy people, which we also combine in our peacekeeping activities to ensure human security,” said CSP Kanyamihigo

CSP Kanyamihigo further said that RWAPSU Contingent will continue conducting its civic activities alongside the UN peacekeeping mandate to support the local people.

The Deputy Director for Ngaragba prison, Tiburce François Koppliment thanked RWAPSU for the initiative and assured that the medical aid provided will be used effectively to improve the health of inmates.

He further commended the Rwandan peacekeepers for their contribution in restoring security and peace in CAR.

RWAPSU of 140 Police officers was deployed in Bangui in May. The unit is assigned to perform various VIP tasks including close protection of the Prime Minister, President of the National Assembly and Minister of Justice. 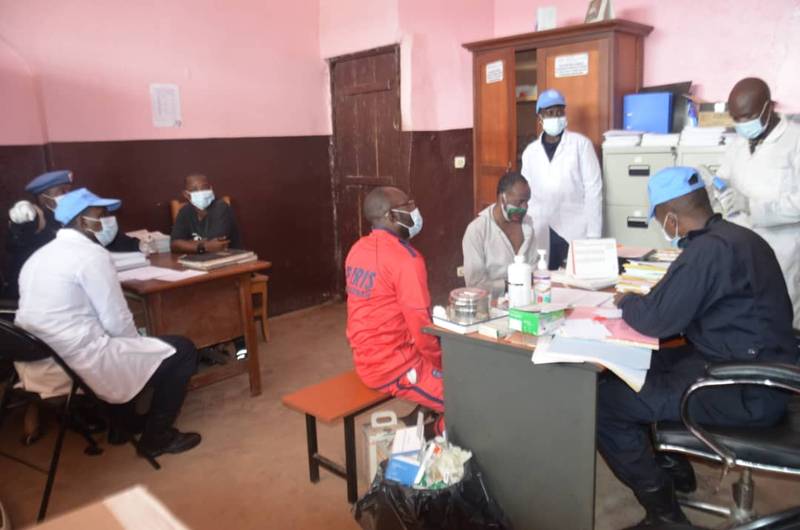 They also conduct other assigned tasks including escort duties but also support the local communities in human security activities.

RWAPSU is one of the three Rwandan Police contingents deployed in CAR with two of them composed of 140 officers and another Formed Police Unit (FPU) of 180 officers.