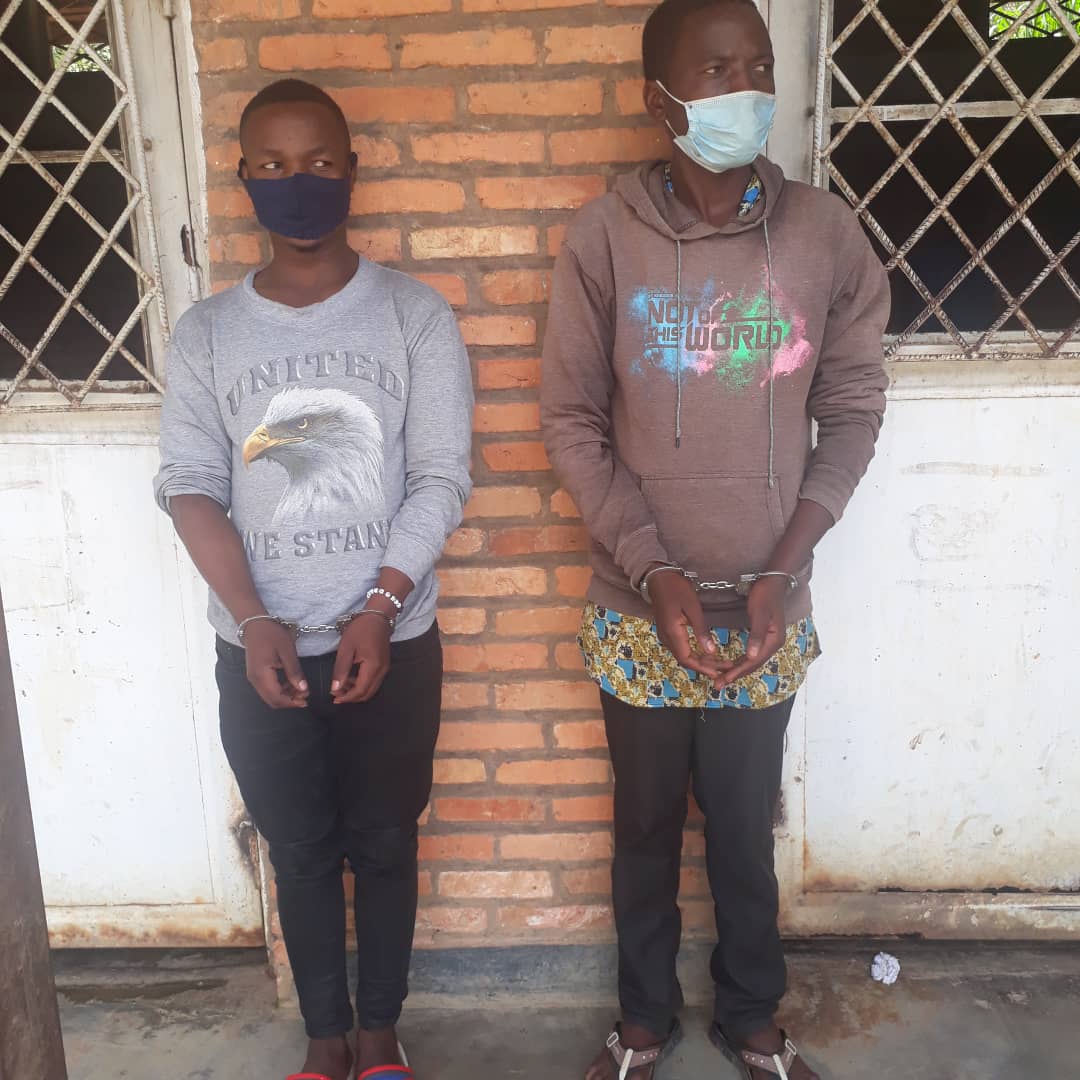 Sangwamariya and Dusabimana are still suspected of distributing counterfeit money

Rwanda National Police (RNP) in collaboration with other security organs and local leaders, on Sunday, April 25, arrested two people in Buyoga Sector of Rulindo District in possession of counterfeit money amounting to Frw10, 000.

According to the Acting District Police Commander (Ag. DPC) for Rulindo, Chief Inspector of Police (CIP) Viateur Gakara Munyurase, the suspects were arrested in Muyanza trading Center where they were attempting to defraud a trader.

"Police received information from a trader in Muyanza center that Dusabimana paid her a counterfeit note of Frw5,000. We intervened and arrested the suspect at the scene," said CIP Munyurase

The trader was the previous day paid by the same client (Dusabimana) with a fake currency note of Frw5,000 after buying goods worth Frw1, 000. The trader gave Dusabimana Frw4,000 as balance.

"After he successfully defrauded the trader the previous day and got Frw4, 000 real money, Dusabimana went back on April 25, and tried to buy goods with another fake bill of Frw5, 000 but the trader was quick to recognize that the note was counterfeit after comparing it with the fake bill she had received the previous day," the DPC said.

"Dusabimana, after his arrest, said that he got fake currency notes from Victor Sangwamariya, a hairdresser in Muyanza trading center, who was also located and apprehended."

Sangwamariya, who also operates a stationary in the same area, disclosed that Dusabimana approached him and asked him to make photocopies of a genuine note of Frw5,000, which the latter had.

It is the same photocopies, which Dusabimana cut in the size of Frw5,000 bill that he was using to fleece the unwitting members of the public.

CIP Munyurase warned against such criminal behaviours, which pose ill effects on people's businesses and the economy, and called for information sharing on anyone involved.

Article 269 of law No 68/2018 determining offenses and penalties in general, states that any person, who fraudulently counterfeits, falsifies or alters coins or bank notes which are legal tender in Rwanda or abroad, notes issued by the Treasury with its stamp or brand, either banknotes or alike that have legal tender in Rwanda or abroad, or one who introduces or issues in Rwanda such effects or notes with knowledge that they are forged or falsified, commits an offence.

Upon conviction, he/she is liable to imprisonment for a term of not less than five years and not more than seven years.