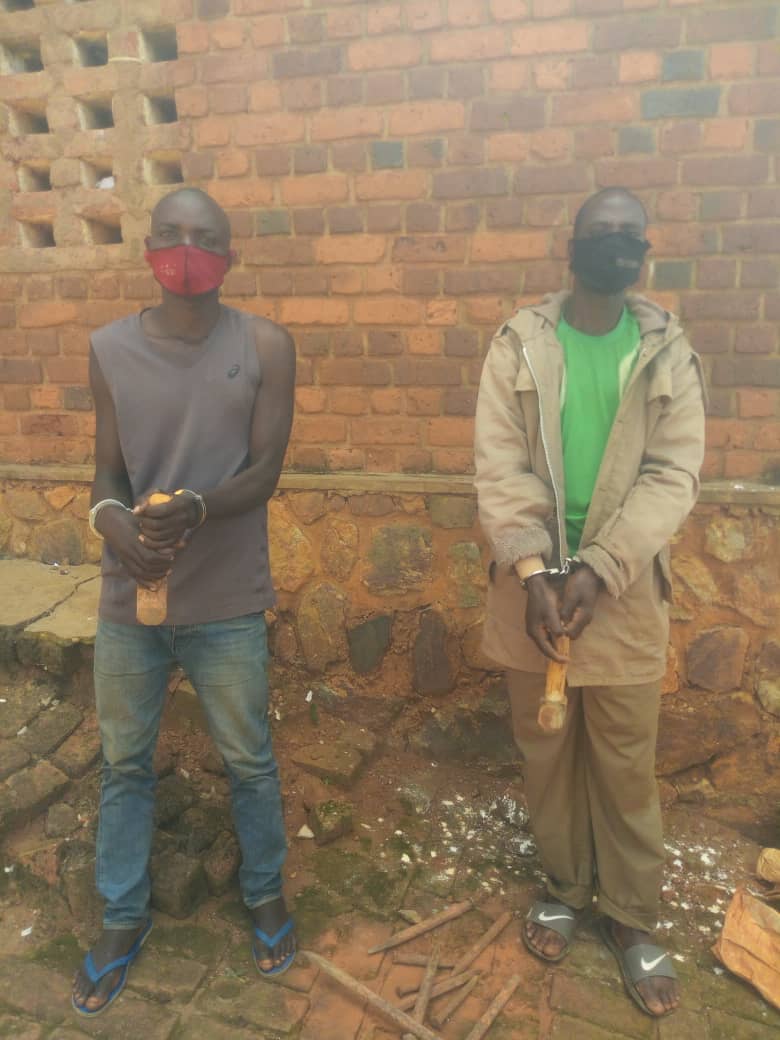 Damascene Nsabimana alias Kibombo, 38, and Jean Twizeyimana, 33, were arrested separately in residents' fields in Gatwa and Mugambazi cells of Murambi Sector, where they were mining coltan.

Police and local leaders also rescued 32 minors aged between 12 and 16, whom they were using to extract coltan.

The two men had influenced the children to drop out of school and using them in these child labour activities, residents said.

The arrest of the duo and subsequent rescue of the minors followed complaints raised by the residents, according to Rulindo acting District Police Commander, Chief Inspector of Police (CIP) Laurent Rafiki.

"Residents complained about people, who are destroying their fields mining coltan. We conducted operations in fields surrounding Rutongo mines where we arrested Nsabimana and Twizeyimana. Sadly, we found them with 32 children whom they were using in these hectic activities, which are harmful to such a very young age," said CIP Rafiki

The children also said that they were influenced by Nsabimana and Twizeyimana to drop out of school, work for them in extracting minerals and get paid.

Statistics indicate that 64 children dropped out of school in Murambi sector, including 39 in Primary and 25 Secondary school students.

CIP Rafiki warned against "destroying lives of children in such hazardous activities."

Article 6 of the law regulating to Labour in Rwanda prohibits subjecting a child below the age of 18 to any form of works, which is physically harmful to the child.

This includes work underground, underwater, at dangerous heights or in confined spaces; around dangerous machinery, equipment, and tools, or which involves manual handling or transporting heavy loads.

Also, work in an environment that exposes the child to temperatures, noise levels or vibrations damaging his/her health; work for long hours or during the night or performed in confined spaces.

Article 117 of the same law states that; an employer who subjects a child to any of the prohibited forms of work for the child referred to under article 6 of this law, commits an offence.

The children were also taken back to their respective schools. This was after their parents were also located and sensitized on their parental responsibilities to ensure children go to school.

CIP Rafiki said using children in mining exposes them to hazardous activities, injuries and death and denying them the right to education and a barrier to child development.

Nsabimana and Twizeyimana were taken to RIB at Murambi station for further legal process.

Article 54 of the law N° 58/2018 of 13/08/2018 on mining and quarry operations, states that; any person, who undertakes mineral or quarry exploration, exploitation, processing or trading without a licence commits an offence.’’