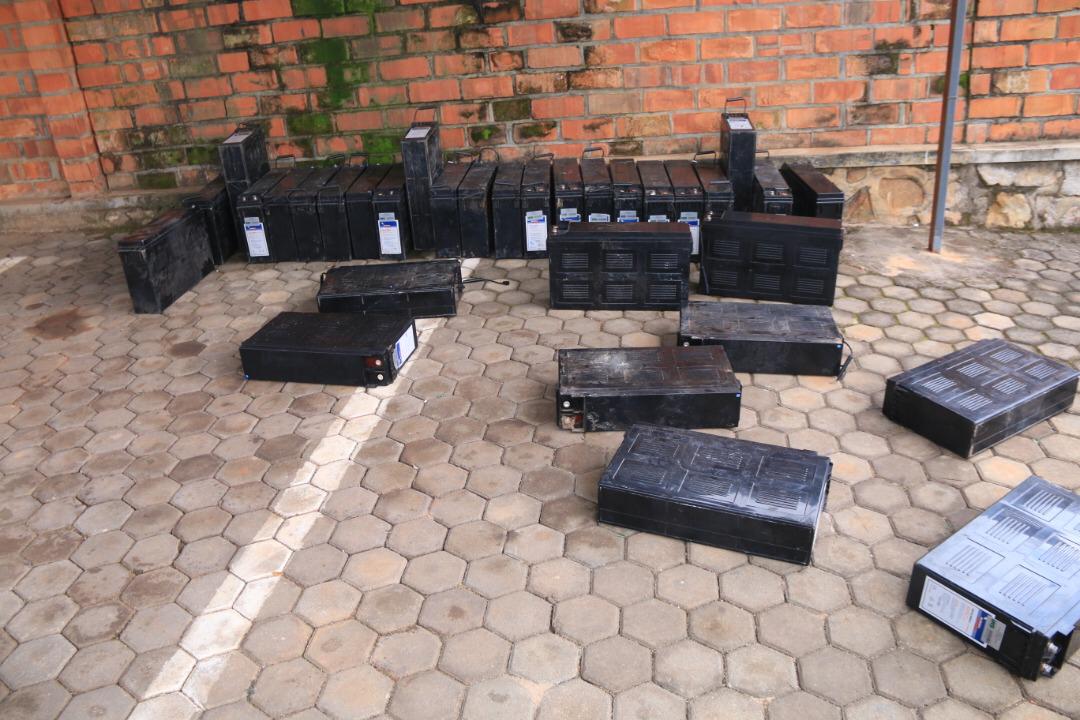 Rwanda National Police (RNP) has recovered at least 32 batteries, which are part of those stolen from different telecommunication towers owned by IHS Rwanda Limited.

Seven people behind the series of theft and vandalism were also arrested during separate operations conducted in Gasabo District.

The arrested suspects include those, who were stealing the batteries from different towers and buyers.

They include Emmanuel Kagiraneza alias Sekijene and Erias Bayavuge, who were arrested in Remera, Gasabo District with 11 batteries.

Others are Samuel Urayeneza and Eric Butera, who were arrested in Bumbogo also in Gasabo District with 21 batteries.

Kagiraneza and Bayavuge deal in scraps while Butera is a broker at IHS Rwanda.

"Following the arrest of the first four suspects, they disclosed that they are supplied by one Elissa Hategekimana. They further revealed that they sell the batteries to a company operating in Kigali Special Economic Zone," CP Kabera said.

He added: "With the new information, Police arrested three other people, who were stealing the batteries from towers. They include the duo of Elissa Hategekimana and Jean Damascene Bigirimana alias Kayuku as well as James Ishimwe alias Rasta, all arrested in Nyarutarama, Gasabo District."

The trio disclosed that on their part, they stole 20 batteries since January from towers in Kibagabaga, Remera, Kinyinya and Rugando, all in Gasabo District.

They further disclosed that they were selling them to Emmanuel Kagiraneza for Frw22,000, each.

"According to investigations, the suspects started vandalizing towers and stealing batteries in January this years; they revealed that they targeted IHS towers because they are not guarded.

Guarded or not guarded, that should not be the reason to vandalize public infrastructure and stealing the batteries, of which crimes they will face in court," CP Kabera said.

The spokesperson added that operations are still underway to arrest all those connected to this ring and to recover other batteries stolen from towers.

According to article 182 of the law relating to offences and penalties in general in Rwanda, “any person, who maliciously demolishes or damages in any way, in whole or in part of construction, building, bridge, dams, water pipes and their routes, railway rails or any other means of communication or electric power infrastructure, wells or any other constructions, which do not belong to him/her, commits an offence.