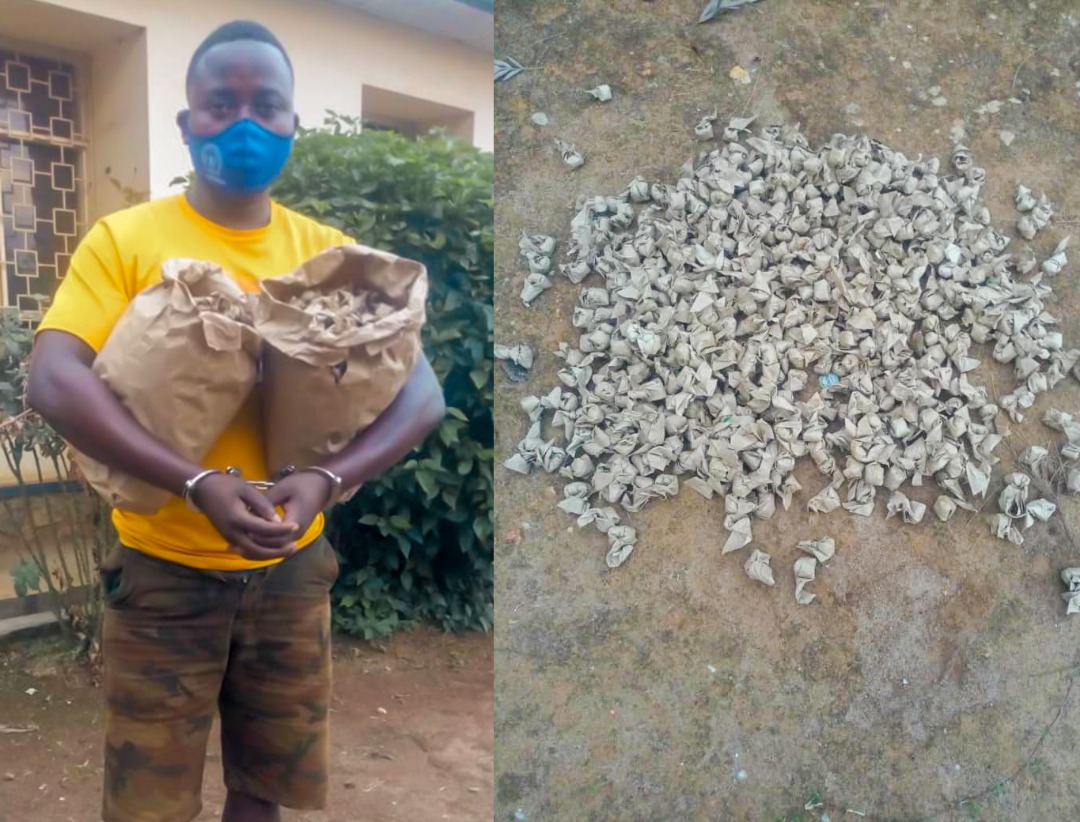 He was at the time going to supply on of his clients in Gisiza village, according to Chief Inspector of Police (CIP) Pacifique Semahame Gakwisi, the Acting District Police Commander (Ag. DPC) for Rulindo.

"Residents had provided prior information that Nizerayezu was a drug dealer. On September 8, they saw him at about 5pm, with a box and suspected him to be trafficking the narcotics. They immediately informed local leaders, who in turn called the Police. Nizerayezu was intercepted, checked the box he had and recovered two envelopes of combined 1,000 pellets of cannabis,” CIP Semahame said.

He commended residents, who shared information leading to the arrest of the suspect and called for continued partnership against drug dealers and lawlessness in general.


Nizerayezu has been handed over to RIB at Murambi station for further investigation as the search for other members of the ring continues.

The Ministerial order nº 001/MoH/2019 of 04/03/2019 establishing the list of narcotic drugs and their categorization classifies cannabis in the category of "very severe narcotics.’’

Article 263 of law No 68/2018 of 30/08/2018 determining offenses and penalties in general states that any person, who unlawfully produces, transforms, transports, stores, gives to another or who sells narcotic drugs and psychotropic substances, commits an offence.

Upon conviction for "very severe narcotics," the offender faces between 20 years and life imprisonment, and a fine of between Frw20 million and Frw30 million.